Understanding the Brain and Body in Trauma

Several parts of the brain are important in understanding how the brain and body function during trauma. They include the forebrain, or the prefrontal cortex,  the limbic system, which is located in the center of the brain, and the brain stem.

When a person experiences a traumatic event, adrenaline rushes through the body and the memory is imprinted into the amygdala, which is part of the limbic system. The amygdala holds the emotional significance of the event, including the intensity and impulse of emotion.

For example, if you’re on a roller coaster, your sensory information is “fear, speed, stress, excitement, not life-threatening.” The amygdala can read the emotional significance of the event as it’s a fun ride which you’ll be off in three minutes.  The amygdala stores the visual images of trauma as sensory fragments, which means the trauma memory is not stored like a story, rather by how our five senses were experiencing the trauma at the time it was occurring. The memories are stored through fragments of visual images, smells, sounds, tastes, or touch.

Consequently, after trauma, the brain can easily be triggered by sensory input, reading normal circumstances as dangerous. For example, a red light is no longer a red light, now it’s a possible spark. A barbecue had been just a barbecue, but now it sounds like an explosion. The sensory fragments are misinterpreted and the brain loses its ability to discriminate between what is threatening and what is normal.

The front part of our brain, known as the prefrontal cortex, is the rational part where consciousness lives, processing and reasoning occurs, and we make meaning of language. When a trauma occurs, people enter into a fight, flight, or freeze state, which can result in the prefrontal cortex shutting down. The brain becomes somewhat disorganized and overwhelmed because of the trauma, while the body goes into a survival mode and shuts down the higher reasoning and language structures of the brain. The result of the metabolic shutdown is a profound imprinted stress response.

Traditional trauma therapies have been based on the belief that the best way to address and heal PTSD symptoms is to deal with it in the “thinking” part of the brain through talk therapy.

Talking through the event was thought to help a person understand the trauma and slowly desensitize themselves to the emotional intensity of it. The goal was to try to deal with the story in the rational part of the brain. Although these therapies were helpful to a point, they did not address the sensory responses in the body.

In the last 18 years, brain scan technology has allowed us to gain insight into the difference between what happens when people talk about past trauma and what happens when their body is re-experiencing it. We have learned that talk therapy attempts to engage parts of the brain that are “off-line” and therefore is not able to resolve the trauma when people are in hyper-distressed states.

Bessel Van Der Kolk, MD, a leading psychiatrist in the trauma field, says, “Traditionally we’ve tried to heal PTSD through talking and making meaning of the event, but treatment methods that help calm arousal systems in the deeper regions of the brain have been helpful in calming PTSD more than those that try to do so through talking and reasoning. We call this ‘bottom-up processing.’

Calming the Deeper Regions of the Brain

To calm those deeper regions of the brain, we start with “bottom-up processing,” utilizing the kinds of treatment that will soothe and calm the body. When someone is in an activated or hyperarousal state, we do not want to ask them trauma questions that can escalate distress and further imprint the trauma into the limbic system. The goal for therapeutic interventions is to bring oxygen and blood flow back to the brain, so we can start calming the body and accessing the higher regions of the brain.

Van Der Kolk addresses this issue stating, “Taking action is the core issue. It’s inaction that people take back their power and create healing, and words cannot substitute for action.

There are a number of ways to bring action to the body and brain. One treatment option today that utilizes action to immobilize the body and brain is eye movement desensitization and reprocessing, or EMDR. EMDR uses bilateral stimulation to alternately engage both sides of the brain in action. Originally this was done by having a person follow a therapist’s finger back and forth, in front of his or her vision field. 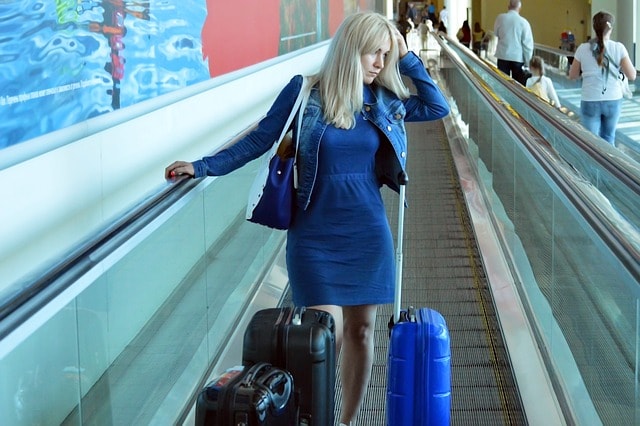 Therapists now often utilize a device that consists of a control box and two pulsers, which are connected by six-foot wires. An alternating gentle vibration from the pulsers creates tactile stimulations in the brain and has been shown to have a positive effect on several mental health and addiction disorders.

This bilateral stimulation causes the traumatic memory that is looping in the emotional side of the brain to integrate with the cognitive part of the brain. The eye and brain movement increases the ability of the prefrontal cortex to “get online” or find rationality in the traumatic event.

To learn more about EMDR, visit this page: Trauma Treatment