Repairing the Rift in A Relationship After an Affair

Joan and Derek have been through 14 years of marriage, and together they have brought three beautiful children into the world. One day, after the regular school drop-off, Joan spotted Derek in a coffee shop, holding hands with another woman, and their heads close together as they whispered intimate secrets. Joan felt the earth drop away from beneath her feet. How could Derek do this to her and his family? Would there ever be a chance at recovery?

Naturally, due to the hidden nature of affairs, an exact figure is hard to come by. However, some studies indicate that at least half of married couples in the U.S. will have the relationship challenged by infidelity. What can you do if it happens to your relationship? Is the relationship even worth saving? And how do you repair a relationship after such a hurtful betrayal?

The Trauma after Discovery 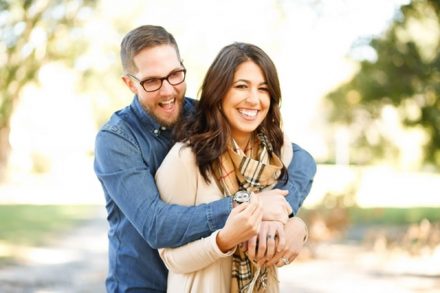 Subtle cues are lingering underneath the surface that something isn’t quite right when infidelity strikes. One partner becomes suspicious, and their behavior changes as their self-esteem takes a dive, and their anger at the betrayal grows. Do they confront their partner, or are they just being ridiculous? It’s a stressful situation.

What if they speak up, and it turns out they are wrong? Will they damage the relationship for no good reason? What if they are right? What happens then? The future becomes uncertain, no matter what path they take.

If infidelity has entered into the relationship, the other partner is now confronted with feelings of guilt and the fear of being caught.

Once the infidelity is finally revealed, the trauma becomes real for both parties. The person who discovers the affair will feel the sharp sting of betrayal. The partner having the affair will likely feel sick with remorse, unsatisfyingly mixed in with the relief that they can finally stop with the secrecy, hiding, and lies.

Taking the First Step Towards Healing

When both partners believe that the relationship is worth saving, they need to take the first healing steps towards reconciliation. The discoverer of the affair must be allowed to express their feelings in a supportive environment, unhindered by judgment or excuses.

The instigator of the affair needs to end it immediately. It’s perhaps the most critical step, as no healing can take place until all ties are cut. Once the affair has been terminated, the other partner must be given as much time as they need to sort out their feelings and restore some balance to their life.

Therapy may be needed for both parties. Individual therapy would provide the personal space each partner needs to discuss their feelings without feeling pressured by the other partner. Couples therapy will also need to happen, as it will help the healing process.

During a therapy session, Derek expressed the resentment he felt towards Joan’s long workday. Joan received the support she needed for working through the feelings triggered by the affair. While she was a teenager, Joan’s father also had an affair, which affected her deeply.

As is the case with many partners betrayed by an affair, the overwhelming advice Joan received from well-wishing individuals was to leave the relationship. In the wake of the infidelity, Joan felt as if the very foundations of her life were cracked and crumbling. It was a very confusing, tumultuous, and challenging time for her.

The question about whether to continue with the relationship will come up, and only you will have the answer. Coming up with an answer one way or the other will be difficult. The following five questions may provide some guidance to help you navigate this difficult period of your life.

Joan and Derek managed to work through their feelings and issues and concluded that the relationship was worth saving. Of course, their three children had some influence on the decision, and the healing process did require that the whole family get involved.

Every family member went through private therapy sessions, but there were also plenty of group sessions where everyone could have a say and express their feelings.

Therapy for so many individuals can be an exhausting process. However, as families work their way through the issues, they often come out the other end with stronger bonds and a deeper understanding of each other and their place in the family unit.

Repairing a relationship after infidelity is a long process, but the following is a summary of what should happen after the affair has been discovered:

Seek support – Both members will need support and room to freely express their feelings without any pressure from the other partner.

Discover the root cause for the rift – You can work separately and together to discover why the affair happened and how the health of the relationship became compromised.

Work together – Take the opportunity and use therapy as a way to discuss your feelings openly and honestly about the future of the relationship and whether you will move forward together or go your separate ways.

Heal the family – Get every family member involved in the healing process.

Get couples counseling – Couples therapy can be very beneficial in mending your relationship so you can both move forward and create a stronger, happier bond. To learn more click here: Couples Counseling