What is BWRT®? How does it work and what is the science behind it?

It is a new model of psychology that fits with current thinking on neuroscience. It is very solution-focused and evidence-based, thus fulfills the requirements of modern therapies. It was invented by Terence Watts, who got particularly interested by an experiment done by Benjamin Libet in 1983. Libet’s experiment concluded that although it feels as we make a conscious decision to do something, the pathways and the neurons that lead to that decision have been active before our awareness. This half second gap that Libet discovered could be due to the time that input data takes to go through old pathways. With BWRT®, the idea is to input a preferred response in this half a second gap before the brain finds outdated pathways of response. 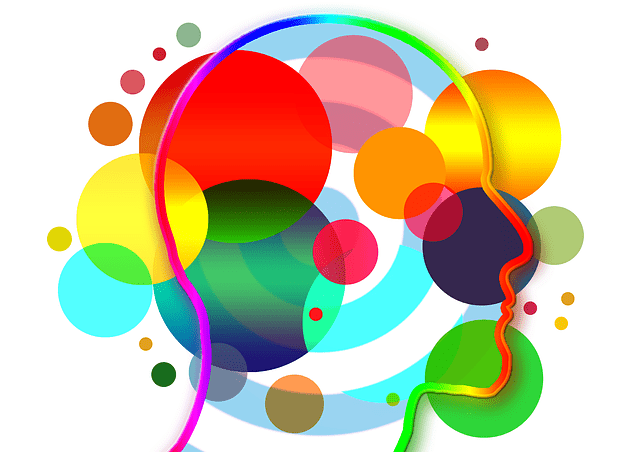 It seems that in reality we don’t have a “free will” like we think we do. For example, when you accidently knock something off the counter, you will automatically try to catch it without even think about it. This is so automatic that it would be really difficult not to do it. When we suffer from something like social anxiety, it works almost in the same way. Something’s happening that makes us do something that we’d rather not, or that stops us doing something we’d like to. This is because the nerve paths in the brain of work significantly faster than we can consciously think. That’s how instincts and reflexes work: the primitive brain works out in a split second what action to take and starts it off. It doesn’t matter what we consciously want because by the time we actually start to think about that, the speedy part of the brain has already made its mind up and the brain is doing something that it has previously learned even if we don’t want it to.

BWRT® works with the primitive brain to rewire what it does automatically. It reconditions the automatic response that happens in that half second gap to instead become a preferred response. It is almost content free, meaning we don’t need to discuss the cause of the issue. All the client needs to know is how they feel and how they would like to feel instead. BWRT® is much more efficient than many other therapies because instead of trying to find the chronological time of when the issue started – which could take weeks, months or years – it to replaces the old response with a preferred response. 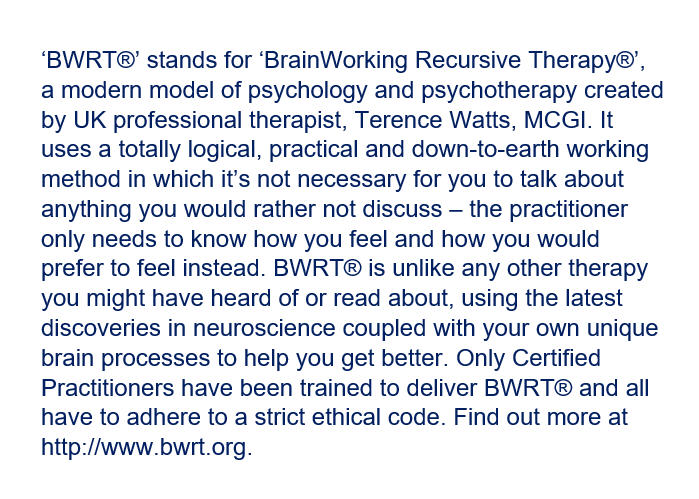 How does it differ from other healing techniques?

BWRT®. is completely different from any other therapy out there. It is so unique that even highly experienced therapists who have utilized different approaches will be surprised the first time by how different this is. It does not use hypnosis and the client is totally conscious during the session. Even if other therapies have never worked for a client, BWRT®. can perfectly work in just a few sessions. It is completely logical, practical and down-to-earth and can be surprisingly magical to clients that might have tried many different other approaches without success.

The main difference is that with BWRT® , we don’t need to go into the details of things that might be difficult to talk about or to find the “why” of the issue. Although bringing awareness to reason of why we feel what we feel might help with solving it, a lot of the times this process takes ages and might ultimately not end in the client knowing how to react differently.

For example, there was a client who was extremely scared of dogs. She couldn’t go for walks without being terrified that she might see a dog. She had been to so many psychologists who had been trying to always find the “why” but the issue is, she knew why she was scared. She had had a traumatizing experience when she was 4 years old and since then had developed a phobia towards all dogs.

The more she would talk about her fear of dogs, the more she would be scared. All she wanted to know is how not to be scared. How to replace her fear with calmness. And that’s why BWRT® was extremely effective for her. It had taken her 20 years of therapy to finally do one BWRT session. 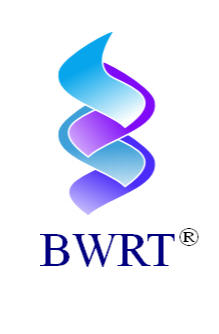 What happens in a session?

During the first session, we spend some time understanding the issue and asking some general questions in order to understand if the issue that you are coming for is actually what you want to treat. Sometimes people will think their problem is one thing, and in reality it’s something completely different. For example, you could think that you are scared of flying but in reality, you are scared of being around people in a closed environment or you feel anxious about the hygienic aspects of the flight. After we have clarified the issue and any things that could come in the way of the therapy being successful, we get into the therapy process.

We start by ‘freezing’ the troubling thoughts then we employ a technique called ‘Recursive Looping’ to condition the way the brain responds to triggers. The client won’t have to tell their story or share any “secrets” that they might have. Of course, if the client wants to share, he/she is more than welcome to but it’s not necessary in the session. All the therapist needs to know is : how are you feeling and how would you like to feel instead? For example: I feel anxious when I have to speak in public and I would like to feel happy and relaxed instead. The actual therapy can be effective in one or just a few sessions.

What are some of the issues that commonly get resolved with it?

Here is a list of things BWRT can treat but it is not exhaustive:

Do you need to believe in it in order for it to work? 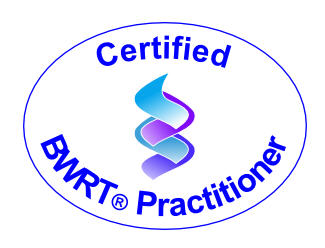 A lot of people who come to BWRT® therapy are convinced there is no way they will find a solution to their problems that they have been living with for many years. For example, there was a session with a client that had been fearing public speaking all her life. It is hard for her to believe that this therapy would work as fear of public speaking has become part of her personality.

Believing in the therapy is not a must for it to work. Like any other therapy, it cannot work for 100% of the people but it works for over 90% of them. BWRT can be done online or in person.

To set up a complimentary consult with Valerie Dawson to discuss BWRT, click here.

Before, my “to do” items took longer for me than they had to because I got distracted so easily. Valerie took me through two exercises and my productivity soared. I’m able to stay focused now and get so much more done. ~ Sue B.